Just this morning I remembered another thing I included in the Spring Fling package (which I still don't knowif my partner has received or not): two cute little handwoven "pockets" in purple and yellow. My mom gave one in red and white to my daughter for Valentine's Day with a little gift tucked inside, and it was just so cute I had to try and copy it.

Here are step-by-step directions for anyone who's interested. This seems to work best when made with something that has a bit of firmness to it, like paper or cotton fabric. I tried it with felt, but it tended to torque a bit after weaving.

How to Make a Woven Pocket 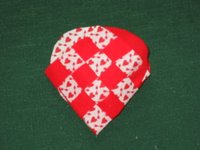 Using two pieces of paper or cloth, layer them one on top of the other and fold in half. Cut an elongated half-circle out of both pieces with the short center-line being the fold line. You will wind up with two roughly football-shaped pieces that are folded down the middle. Cut an equal number of slashes from the folded edge almost to the opposite side of each piece, but do not cut all the way through the outer edge. 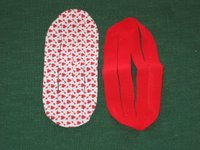 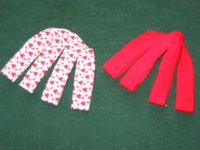 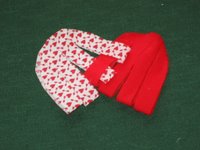 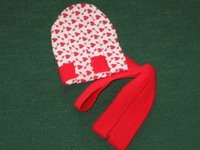 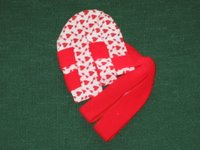 Posted by Splindarella at 10:31 AM